Home » News »5 Festivals Celebrated Exclusively In The State Of Bihar 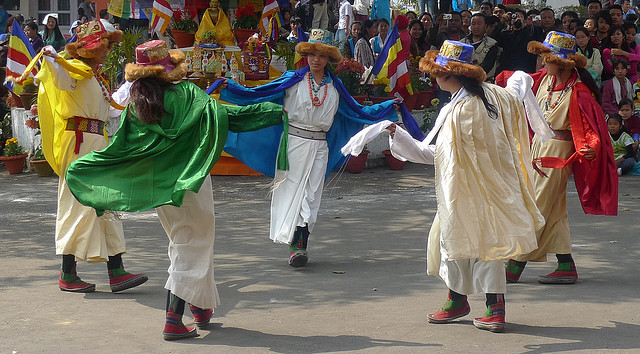 5 Festivals Celebrated Exclusively In The State Of Bihar

This is the most popular festival of Bihar. The ancient Hindu festival is dedicated to Surya, the Hindu Sun God. Hence, it is also referred to as Surya Shashti. The Chhath Puja is performed to offer thanks to Surya, the Sun God, for sustaining life on earth. Bihar cities news and media covers this festival with zeal. The devotees request the Sun God for granting of their wishes. Surya is considered the God of energy and of the life-force. Chhath festival is all about promoting prosperity, well-being, and progress.

The enthusiasm around the puja is marked by offering prayers to the Sun God, fasting and taking dips into the holy waters of Ganga.

This festival falls during the winter season, the time when birds from the Himalayas migrate to the plains. The advent of these colorful and beautiful birds is commemorated by celebration of Sama–Chakeva. The festival, especially is native of Mithilanchal. The people of this region dedicate this festival to the bond shared by a brother and sister. Sama Chakeva starts with the welcoming of the pair of birds sama-chakeva. Girls prepare clay idols of different birds and decorate them. After a round of rituals, this festival ends with the ‘vidai’ of sama. People wish that these birds return to the land again, the next year.

Also referred to as Bisahari festival, Bihula is a popular festival of Bihar. It is widely celebrated in Bhagalpur. Bihula commemorates the worship of "Mansa deity". It falls on the fifth day of Shravan month and closely associated with the famous story of Bihula, a woman who was widowed on the night of her wedding by snakebite through the conspiracies of Manasa, the Snake-Goddess. It is believed that she was hostile to Chandradhara, Bihula's father-in-law, a famous merchant. Bihula was very innocent yet firm on her decision to be with her husband’s dead body on a raft in the river Ganga. Yama had no choice but to give permission to Bihula. Thereafter, she started her voyage on a raft. She also carried her husband’s dead body. Finally, Bihula went to heaven. Her determination and chastity helped her bring her husband back to life.

Also referred to as Jivitputrika Vrats, Jiutiya is one among many of the popular family vrat festivals of Bihar. Women of the house perform these vrats for the wellbeing and protection of some areas of the family life. A mother performs the vrat and wishes for the well being and long life of her sons. This ritual is passed on to younger female generations. Jivitputrika is very popular among women as women of the house play a pivotal role in the household.

This is a famous festival is celebrated with great enthusiasm all around Mithilanchal. Celebrated during the month of Sawan as per the Hindu calendar (around August), this festival comes with a message. It helps one understand the significance of religion and tradition in day-to-day life. On this day, the newlywed brides hear Madhushravani Katha from the elderly ladies for around 15 days. This famous cycle of Vrata kathas in Mithila is referred to as Madhushravani Vratakatha. Narrated in 15 cantos, it takes fifteen days to recite these Kathas. Women also sing Madhushravani songs near the mango groves and in the courtyards of the villages.